Predicts how much
you will enjoy
each career

How To Improve Teamwork

Teamwork is the co-operative effort by a group of people to achieve a common goal.

Teamwork is improved when the group change their behaviour so that performance improves.

Good teamwork does not necessarily require good interpersonal relationships or friendships (see an example of good teamwork with poor relationships). Rather, what is required is behaviour that results in better team performance.

The most guaranteed way of improving teamwork is to apply the principles of performance management to the group's behaviours. This involves these basic steps: 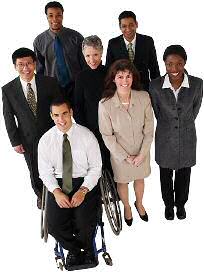 The target behaviours vary from team to team. For example, the behaviours that lead to success for the operations room of a nuclear power station are very different to those of a PR/advertising agency; the former needs to "go by the book", whilst the latter has to be continually creative.

One way to identify target teamwork behaviours is to complete the ITPQ(TM) (Ideal Team Profile Questionnaire(TM)) instrument. This can be completed by the team, peer groups, staff, customers, senior management and others to provide a wide range of views of what would make the team successful. This information enables the team to:

Current behaviours may be influenced by factors, such as:

One way to identify current behaviours is to complete the MTR-i(TM) (Management Team Roles - indicator(TM)) instrument. This is completed by the individuals within the team, and it identifies the roles they are currently performing which can be aggregated to show the collective team behaviours.