Predicts how much
you will enjoy
each career

The Myers Briggs model of personality is often used to promote mutual understanding between people. This understanding is aimed at improving interpersonal relationships, and promoting positive attitudes towards people who are different, such as understanding, appreciation and respect.

What area could be more appropriate for such understanding than marriage?

How can Myers Briggs be used in marriage?

It is easiest to start answering this question by pointing out the areas where we believe Myers Briggs should not be used in marriage. These include:

However, Myers Briggs can be useful in marriage by helping you to:

Does Personality Type influence who gets married?

This is an interesting and controversial question. There are many factors that affect who you decide to marry, such as: 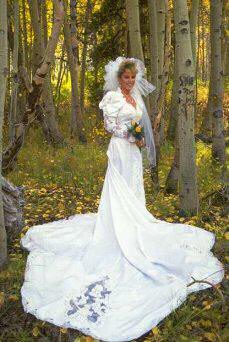 Personality, if it has any effect, is just one of a whole range of influences that contributes to who you marry. Within that context, what effect does personality tend to have on choice of marriage partner?

There are three main schools of thought in this area:

1 - Personality type has no effect on choice of partner

This perspective takes the view that there are many other factors that have a major influence on marriage. Whilst personality is something that each individual takes into account when considering a marriage partner, there are no overall patterns to personality attraction. From this perspective, any research into this area is unlikely to show any correlations between personality type and marriage.

2 - We tend to choose partners who are different from ourselves

This perspective takes the view that we tend to select marriage partners because of their personality differences. This can somtimes be based on the principle that 'opposites attract', or on the principle that people with different personalities provide mutual skills in dealing with the world - that is, the two marriage partners make a good team because they complement each other.

3 - We tend to choose partners who are similar to ourselves

There are two popular books that consider the question of marriage. Please Understand Me states that 'opposites attract', and put forward a very good argument for it. However, Isabel Briggs-Myers' book (Gifts Differing) has some data that looked at how many preferences married couples had in common. The conclusions were:

This table tends to indicate that, if anything, similarity attracts more than difference. However, the statistics and interpretation raise lots more questions than they answer. For example, it might be that difference attracts, but that similarity makes marriage more long-lasting, as there is some evidence to suggest the latter from Ray Cattell's research in the 16PF Handbook.

Cattell researched marital stability using 16PF and found that 'all 16PF husband-wife correlations in stable, normally happy marriages are positive, whereas half of those in unstable marriages, or those planning divorce, are negative' (Handbook to the 16PF, p293). Within this overall principle, there were some variations depending on individual traits (eg: there were not many stable marriages with two dominant people). However, Cattell did conclude that there seemed to be two separate principles at work in creating marital stability:

Perhaps an awareness of personality type could help us to recognise the importance of (2) and provide our partners with better support.